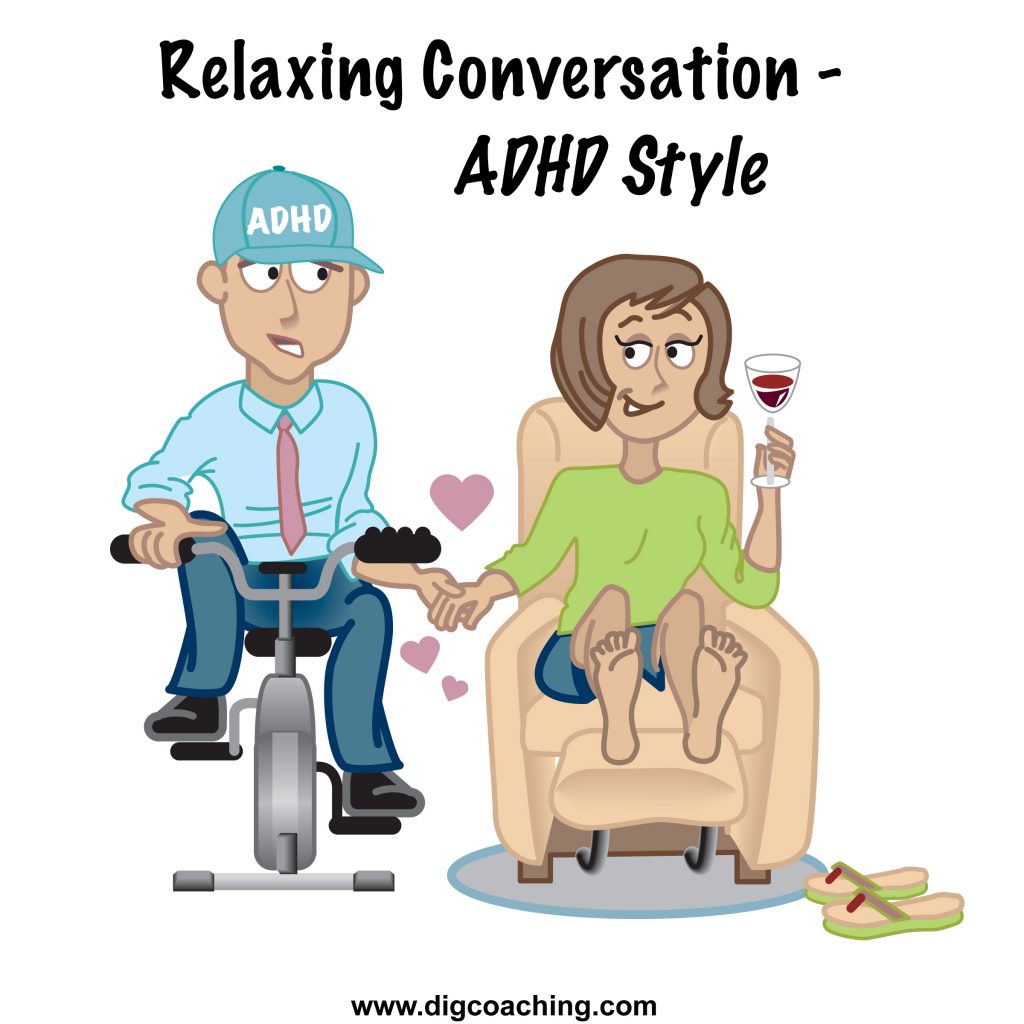 “Relaxing is stressful,” he said.

“Relaxing just sends me. It is anything but!” After a few minutes of coaching, he said, “The only time I can relax is when I’m moving.” Now, there is an Aha!

Most people associate relaxation with anything but moving, yet, often, I’ve found some with ADHD can truly relax only when in motion.

Moving as a means to relax is easy to solve… or is it?  A number of times I’ve coached ADDers to advocate for themselves and design a relaxing environment for them to move and others to sit. More often than not, others (neuro-typicals) resist, insisting that the definition of relaxation is to be still, and that’s when the fight starts!

Of course, the neuro-typical non-ADD person refuses to embrace moving as a means to relax. They insist that the neuro-atypical ADD person must embrace stillness. Here is where I think neuro-typicals could benefit from a dose of their own medicine.

If non-ADDers could just pause and override their automatic brain’s insistence that stillness is the definition of relaxation and then ponder (that is, accept that moving is relaxing for some with ADHD), they could proceed in the design of an environment for both definitions to coexist. It might take a little effort to design the environment, but how much effort is being exerted in fighting against the ADHD?  Non-ADDers, show some self-regulation. Work with ADHD, not against it!