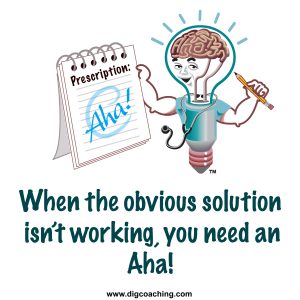 Years ago, I was doing some work at a company and was questioning a company policy that made no sense. An insightful employee shared a story that is a great metaphor and makes for an interesting study of attention. I’d like to share it with you.

Start with a cage containing five monkeys. Inside the cage, hang a banana on a string and place a set of stairs under it.

Before long, a monkey will go to the stairs and start to climb towards the banana. As soon as he touches the stairs, spray all of the other monkeys with cold water.

After a while, another monkey makes an attempt with the same result — all the other monkeys are sprayed with cold water.

Pretty soon, when another monkey tries to climb the stairs, the other monkeys will try to prevent it. Now, put away the cold water. Remove one monkey from the cage and replace it with a new one.

Next, remove another of the original five monkeys and replace it with a new one.

The newcomer goes to the stairs and is attacked. The previous newcomer takes part in the punishment with enthusiasm!

Likewise, replace a third original monkey with a new one, then a fourth, and then the fifth.

Every time the newest monkey takes to the stairs, he is attacked.

Most of the monkeys that are beating him have no idea why they were not permitted to climb the stairs or why they are participating in the beating of the newest monkey.

After replacing all the original monkeys, none of the remaining monkeys have ever been sprayed with cold water.

Nevertheless, no monkey ever again approaches the stairs to try for the banana. Why not? Because as far as they know that’s the way it’s always been done around here.

And that, my dear friends, is how company policy begins.

The moral of this story is this; so often we attend to things for reasons we can’t explain. It isn’t till we question why we are attending to something that we can be aware of the fact our attention is misguided. For those with ADHD, I find all too often their attention is misguided towards solutions based on how other people’s brains work instead of looking for solutions based on how their own brains work.