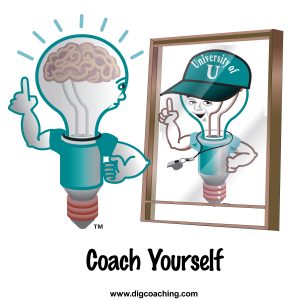 I believe the placebo effect is real. In most cases, if you believe something will help you get better, it likely will. The same concept applies to just about everything else, especially if our beliefs interact with reality. For example, to some, a Ford racecar is superior to a Chevy; California red wines are better than French; and one’s political party is right and the others are wrong.

Certainly, everyone is entitled to their beliefs, but if you spend enough time experiencing your own take on reality, you come to believe that what works for you might actually be a universal truth or fact.

This transformation takes place when the stories we tell ourselves become so real and excessive that our beliefs transform into our own personal science. The fallout can be a disconnect between our perception of how we believe the world to be and how it actually is. Put differently, it is the conflict that occurs when a solution derived from one’s personal science doesn’t work in the real world.

Let me explain how this relates to coaching. Since most of us have spent so much time in our heads experiencing our own take on reality… and spinning stories to prove that our beliefs are universal truths… we cannot begin to see any other solution other than the one concocted in our head… and we won’t until we ourselves disprove our own science. It is only after we find a flaw in our science and question it that we can begin to see how things are in reality. In a sense, coaching is the art of questioning those who are skeptical and know their science could be flawed. This is not an easy process because people have a firm grip on their own personal science and have a very difficult time letting it go. Let’s face it, if it were easy, they would have done it by now.

The coaching profession uses various tools and techniques to help people get out of their heads and out of their beliefs of reality so they can begin to question or disprove their own science in favor of a new science. Let’s use the racecar example above.  If you tell a Ford fan that Chevy is better, you’re likely to be met with strong emotions or an endless stream of inconsequential details in an attempt to support that belief. A coach would not tell a race fan anything. Rather, a coach might ask, “What does it look like for one racecar to be better than another over decades?

This type of question is designed to remove the emotional attachment and send the fan off to think about and answer the question, which is something his own science has not likely addressed. By answering the question, the fan might find the motivation to do some research that might reveal Ford has actually won more NASCAR races than any other make of car, in which case, the race fan would have proven to himself that his hypothesis was incorrect, thereby opening himself up to acknowledging that Fords have been consistently faster over the years, and thus disproving his own science. The key here is that the fan had to discover this on his own in order for it to be valid in his mind.  Keep in mind that anyone who doesn’t want to be confused with the facts cannot be coached. Only those who are open to the discovery would do the research.