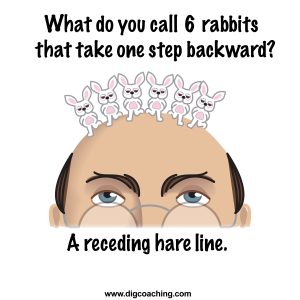 Someone can’t tell you what to believe because you have to formulate it for yourself first. Think I’m wrong? Republicans have been telling Democrats, and vice versa, that they are paying attention to the wrong things for as long as anyone can remember. Why don’t people change what they are paying attention to? Because they resist changing their beliefs.

To illustrate my point, let’s explore this point from the opposite perspective! Let’s look at it as if you are paying attention to the right thing and others aren’t. Everyone likes a good joke, right? Have you ever noticed the role attention plays in most jokes? Basically, jokes poke fun at those paying attention to the wrong thing. Let’s look at a few. Note, to be politically correct, I have left blank spaces. You can fill them in with whomever you want to be the brunt of the joke (e.g., Florida Gators, blondes, etc.).

The other _____ turns and says, “Helloooooooooo, can you see Florida?”

The second _____ looks up the river, then down the river and shouts back, “You ARE on the other side.

The American said, “We were the first on the moon!”

The Russian and the American looked at each other and shook their heads. “You can’t land on the sun, you idiot! You’ll burn up!” said the Russian.

He/she thought for a moment and then asked, “Is it on or off?” 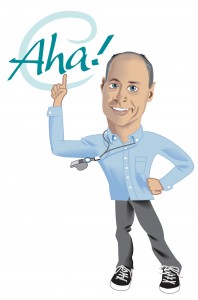 Did you notice the role attention played in each joke? Notice how the joke was on the person (i.e., the one represented by the “_____”) who doesn’t seem to be paying attention to the right thing but believes he/she is?

This article is not intended to imply that those who come to coaching are a joke, but rather to illustrate that jokes are evidence of the importance of the role attention plays in outcomes and applied solutions. As an attention coach, I don’t change anybody or anything. Successes are based on changing what is being paid attention to. Thus, the metaphorical moral of this article is this: When you are stuck, it might mean the joke is on you. After all, if you’re paying attention to the wrong thing, you’re going to get the wrong solution!